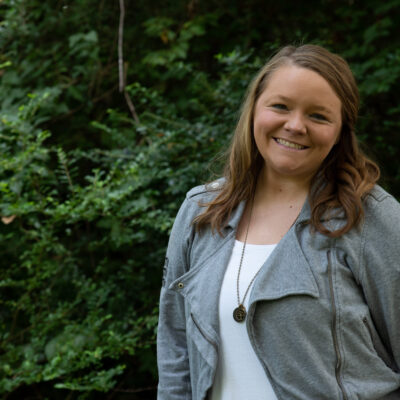 All my life, I had attended the same church camp. I hung out with the same friends. This was the camp where I learned how to duck-walk up a hill. It’s where I was involved in my first Fruit Loop war across bunk beds. All of my years in teen camp, Eric Vinson was the worship leader. This camp was what I was used to. This camp was where I first knelt down to pray out loud with someone. This camp was where I prayed about the very first really hard thing I had ever faced in life. It was where I decided that I wasn’t a kid anymore, and it was time to get serious about my relationship with God. I’ve gone to church all of my life, and I’m sure that I asked Jesus into my heart when I was at a very young age. However, for the first time, this was when I realized that Christ made a huge sacrifice for me and I WANTED to spend the rest of my life serving Him. I realized that I didn’t serve Him because I felt like I had to. I served Him because that was my desire; I knew it pleased Him, and I wanted nothing more than to honor Him.

Some people can remember exactly where they were sitting when they realized they wanted to become a Christian. Others remember the exact day and time. Still, others remember exactly what the preacher was preaching. Regretfully, I admit that I don’t remember any of these details. However, I have a picture that I treasure dearly that reminds me of the commitment I made that night.

I had the opportunity to write my name on a sticker and place it on the cross. That night, I placed all my sins on that cross and started a new life with Jesus Christ. From that point on, I had a new passion and desire for my faith and relationship with God. Teen camp had an amazing influence on my life that I’ll never forget.

I was so blessed to be a part of such an amazing camp. However, after my first year of high school, my world got shaken. It was time for my family to move to a new state and away from the church district that I had become so familiar with. I decided that summer that I was too scared to go to a new camp where I would not see a single face I knew, so I signed up to go back to my very favorite church camp. This would be the beginning of God doing something crazy in me. This year, none of my close friends would be there. I was forced to branch out and talk to new people and that’s when I met the girl who would make me realize that I had a purpose bigger than what I had originally thought.

This young girl became my shadow very quickly. I didn’t do anything to gain her friendship; she found me. I never introduced myself. I never came to her. Making myself completely vulnerable, I honestly thought that having a shadow was pretty annoying. However, despite how I felt, she was always running to me with open arms to give me a hug. A hug I never asked for. A hug that no one – including myself – knew I needed. A hug that didn’t just capture my body, but it captured my heart as well.

I wish I could tell you the ins-and-outs of this girl’s life, but I can’t. However, she came in crying to a youth worker that I was sitting with needing someone to talk to. Suddenly, she walked outside and I was told, “Why don’t you go talk to her?” ME?! What on earth could I possibly say to her? I walked outside to meet her and we sat down. I scratched her back while she told me what was wrong while sobbing. I have no recollection of what was wrong except that her friend that she had made at camp betrayed her. She was told they didn’t want to hang out with her anymore. The guy she liked didn’t like her back. Looking back on it, it doesn’t seem like that big of a deal, but deep down I knew that this girl felt like her world was crashing down and she didn’t know how to stop it. I talked her through it and our conversation ended with a great big hug.

That evening during the worship service, she made her way to the altar. She left every burden and care there. I quickly went to pray with her, remembering that this same altar was where I made my commitment to Christ. She was so thankful that I prayed with her, and when she finally got up to talk to her youth workers, I was told that she looked up to me. They thanked me for being such a good friend to her. I felt awful that I hadn’t treated her with the same respect that she treated me.

Camp is a fantastic way to meet new people. It’s a great chance to find out their heart’s deepest feelings. I once heard a pastor say, “You don’t truly know someone unless you know their most burning passion and their worst fear.” It’s funny; I don’t even know these things about some of my closest friends. Brandon Heath wrote a song called “Give Me Your Eyes” that I remember him saying he wrote because he realized he could be sitting an inch from a stranger on a plane and not say a word to him. I think on both ends, strangers pretend the other stranger doesn’t exist.

If I would’ve continued to ignore this girl, I never would’ve experienced what it feels like to obey God. I never would’ve understood that God has gifted me with helping others through conversation. I’m so thankful that God gave me His eyes to see my new friend as more than just a “shadow” but as a friend that was broken and needed me, but deeper than that…needed God. I don’t know if she remembers me now. But I remember her. I’ll always remember her.